As a half decent runner I thought I would try my luck at duathlon. For those of you that don’t know, this is a run, bike then a further run. Generally there are 2 distances, the standard or the sprint. As a relative cycling novice I decided to go with the sprint.

In October I took part in my 2nd sprint duathlon at Oulton Park race track. The distances were run 4.3km, cycle 21.5km then run a further 4.3km. I’d learnt from my first attempt at Clumber Park in March that a lot of time could be lost in transition so I had practised to see if I could save some time there.

Conditions were perfect, about 10 degrees and blue skies. After a fast first run I found myself heading down the pit lane and sprinting towards my bike. The real pros have their cycle shoes already attached, however I hobbled along in mine then jumped onto my bike and I was away.

The Oulton Park circuit has beautiful smooth tarmac however deceivingly undulating. As I’m only just starting out, I had a normal road bike and just pedalled as hard as I could but were inevitably passed by fast powerful guys on their time trial bikes!

After another decent transition, I was happy to be back running again and I smashed my way back through the field running past some of the guys who’d just overtaken me on the bike! My second run was really strong and put me right up the field.

2 weeks or so later I had the confirmation that I’d done it. I’d qualified to represent GB age group 35-39 in Soria, Spain at the European Sprint Duathlon Championships! 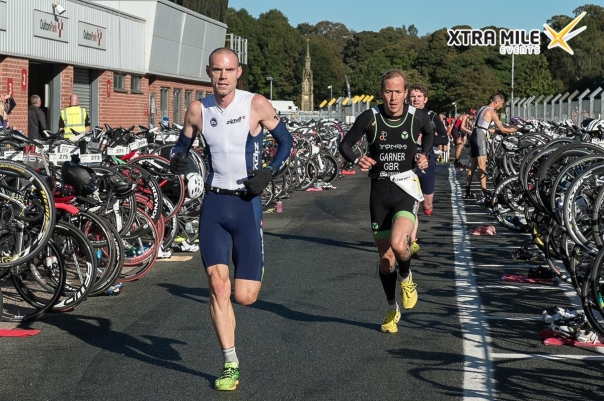 Posted on March 7, 2017, in Uncategorized. Bookmark the permalink. Leave a comment.